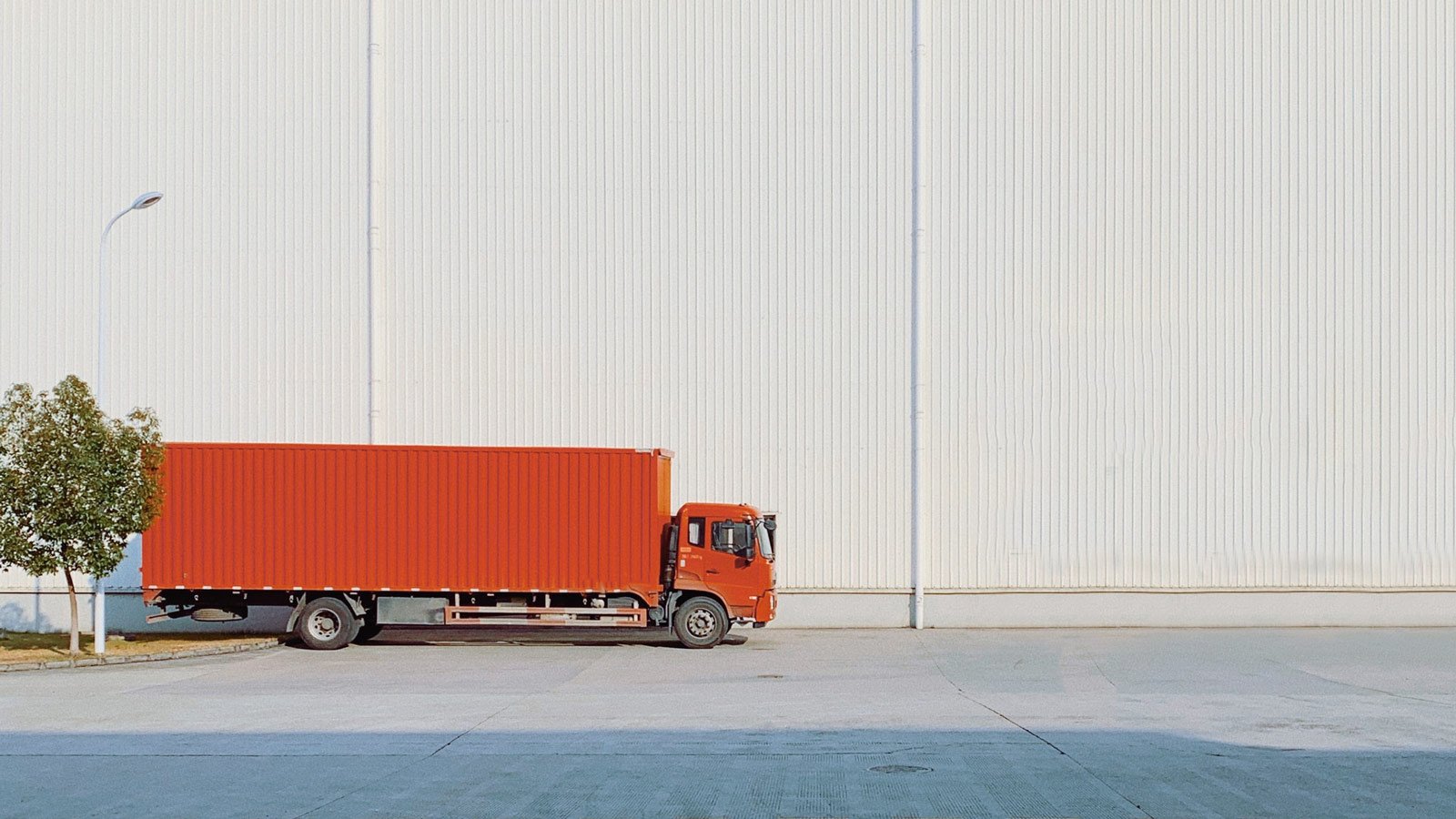 Geotab’s GO device is an expandable telematics device. Initial production of the Geotab GO1 device began in 1997. Since then, Geotab has continued to modify and enhance various aspects of the device, and has most recently released the GO9 model.

Geotab, named the #1 Telematics Provider by ABI Research and having a presence in all seven continents, continues to work to meet the diversified demands of business and government fleets from around the world. Here is a look back at the Geotab GO device through the years.

The original GO device was a 4 x 3 x 1.5 inch box, which recorded vehicle GPS data. Customers could download the GPS data through a “key” that connected to the device. The firmware was running on PIC16 at 4MIPS, which was sufficient for storing limited data at that time.

In 2002, the Geotab GO2 fleet management device was introduced to the market with strengthened data collection, including radio frequency (RF) download and live tracking. The GO2-KEY improved the key download speed from minutes to within 20 seconds. GO2-RF integrated an RF module, which could wirelessly transfer the data to the database when the vehicle passed within fairly close proximity to an RF receiver. Live tracking was also available by connecting an add-on modem to the GO device.

GO-LIVE allowed the customer to access the real time vehicle data. While the live method is the most convenient, cellular data costs were fairly high at that time so sending the data over the air was not very popular in the market. The printed circuit board (PCB) size was the same as the GO1, but the device was larger to improve the wiring stability. The multiple control unit (MCU) was upgraded to PIC18 at 10MIPS and the data FLASH was enlarged to 8MB in order to support the added functions.

In addition, with the GO2, fleets could gather more information than just GPS location. Auxiliary inputs were introduced to monitor part of ON/OFF status of vehicle circuitry, and the vehicle ignition on could also be detected. Another new feature was the addition of the Relay Control Ability. The GO2 could store 20,000 records, which meant that more than two days of data could be saved inside the device when sampling every 10 seconds.

A sub-version of the GO2 called the GO2-J1708 (supported J1708 interface) allowed the engine data to be recorded. The data FLASH was enlarged to support a 40K record size and four days of data.

The GO3 was released in 2006 to support more functions such as J1939 (CAN bus) and WiFi. On the engine side, J1708 supports RS485 for legacy vehicles while J1939 supports CAN standard, which was becoming more popular around this time. Multiple download accesses including RF and WiFi were provided. The MCU was upgraded to PIC24 running at 20MIPS while data FLASH was enlarged to 32MB.

The GO4 was a superior upgrade from earlier versions. A unique aspect of this model was the fact that the cellular modem was designed inside the device. An integrated and switchable modem allowed Geotab’s system to be more robust than previous versions. J1850 and ISO K&L Line were introduced with the GO4. Main MCU PIC24 was running at 20MIPS and a second PIC24 at 16MIPS was dedicated to control the peripheral interface to improve system stability.

The GO4 went through three different versions. V1 and V2 were released in the same year as the GO3, while V3 was launched three years later. V1 supported J1708 standard for engine communication. The automotive legacy protocols and J1939 CAN were introduced in V2. Both these elements as well as J1708 were applied in three separate boards.

In the GO4V3, J1708, J1939 and automotive legacy circuitry were integrated in one board to provide optimal flexibility for customers. Accelerometer was also introduced to measure the multi-axis acceleration of the vehicle.

In an effort to improve the overall customer experience, Geotab developed a compact size GO device in 2010 which was small enough to fit in the palm of your hand. The GO5 was a streamlined, compact version of the GO4V3 functionality with no auxiliaries. It was 1 x 2 x 3 inches in size with GPS/Cellular antennas and a buzzer. The GO5 could be plugged into the vehicle OBDII connector directly, which saved the installation effort and shortened the installation time from minutes to seconds. By working at 20MIPS, PIC24 MCU collects engine data from CAN, J1850 or ISO K&L Line, acquiring GPS and acceleration information, and then transferring the data to the database through GSM or 3G network.

The small form factor and powerful functions of the GO5 were attractive to many, but a number of customers still required auxiliaries. As a result, the Geotab GO6 was developed and Geotab began production in 2012. This device was the first to offer IOX™ expandability in addition to all of the services provided by the GO5. PIC24 MCU ran at 40MIPS to increase processing capability, and the GO6 can transmit data through CDMA network.

The Geotab GO7 was brought to the market in 2014. This unit is more affordable and allows for increased automotive protocol expansion. In addition to the standard CAN bus, the Mid-Speed CAN and Single Wire CAN are supported for legacy vehicle. There are also four Manufacturer Discretion Interfaces, which could be configured in firmware to fit different custom peripherals. PIC33 MCU runs at 60MIPS.

This device includes the IOX Expansion system of the GO6, as well as additional IOX expanders.

The GO8 was launched in 2017. This device generation introduced LTE connectivity, while keeping the advanced GPS technology, G-force monitoring, Geotab IOX expandability, and engine and battery health assessments delivered by its predecessor.

The additional speed of data movement with LTE connectivity made the solution ready for use well into the next decade. LTE further enabled the real-time secure transmission of data from vehicle to cloud and back, where in-vehicle driver coaching rules are enabled. The GO8 supports connection of up to five external Add-Ons. Visit the Geotab Marketplace to browse IOX options plus other Geotab-compatible apps and software Add-Ins.

Launched in March 2019, the GO9 is designed to help businesses better manage their fleet. It comes equipped with a 32-bit processor, 4x more memory and 5x more RAM than the GO8, making it Geotab’s most powerful device to date.

Other new features include a gyroscope and enhanced accelerometer, Global Navigation Satellite GNSS module and improved over-the-air software updates and provisioning. Tour the stand-out features of the Geotab GO9 in this post.

The Geotab GO device cryptographic library successfully obtained FIPS 140-2 validation in 2019 as well. With this validation, Geotab joins an elite group of global leaders in security technology such as Microsoft, Apple, Google and Cisco, who have also achieved the FIPS 140-2 validation. See what Geotab’s CEO, Neil Cawse, has to say about the latest generation GO device in the press release.

The Geotab GO7 RUGGED was brought to the market in 2016. This ruggedized version of the GO device gives all the benefits of the industry best GO7 device with the added bonus of resin filled enclosure that allows the device to be resistant to impact, water and humidity. With its IP67 rating the GO RUGGED is tailored for use in harsh conditions. External installation is supported as well. This makes the GO RUGGED device ideal for the construction, yellow-iron, heavy equipment, and oil, gas and mining industries. When is a GO RUGGED required? Find out here.

Currently only available in the North American region, the new GO8 RUGGED offers state-of-the-art GPS technology, g-force monitoring, Geotab IOX® expandability, and engine and battery health assessment with the added feature of communicating on a 4G and LTE network with a 3G back-up.

Using Geotab’s patented curve logging algorithm for GPS tracking, it accurately recreates a vehicle’s trips and analyzes its incidents. The GO8 RUGGED is ideal for heavy equipment, agricultural machinery, and oil field equipment; the tracking of powered trailers and assets.

We’ve come a long way from the original GO1 device — from key downloading to today’s live-streaming of rich fleet diagnostics, plus integration of cameras, temperature tracking and other fleet tech solutions.

As the world’s leading connected vehicle company, Geotab continuously innovates and works diligently to help businesses leverage their data to better manage and track their fleet.